The Whanganui River provides a whole range of experiences to the visitor. You can tramp or walk, jet boat, kayak, canoe, cycle and sightsee.

With a length of 290 kilometres (180 mi), the Whanganui is the country’s third-longest river. Much of the land to either side of the river’s upper reaches is part of the Whanganui National Park. The river is handy to Omaka Lodge and you have the opportunity to enjoy many of the activities the river offers. 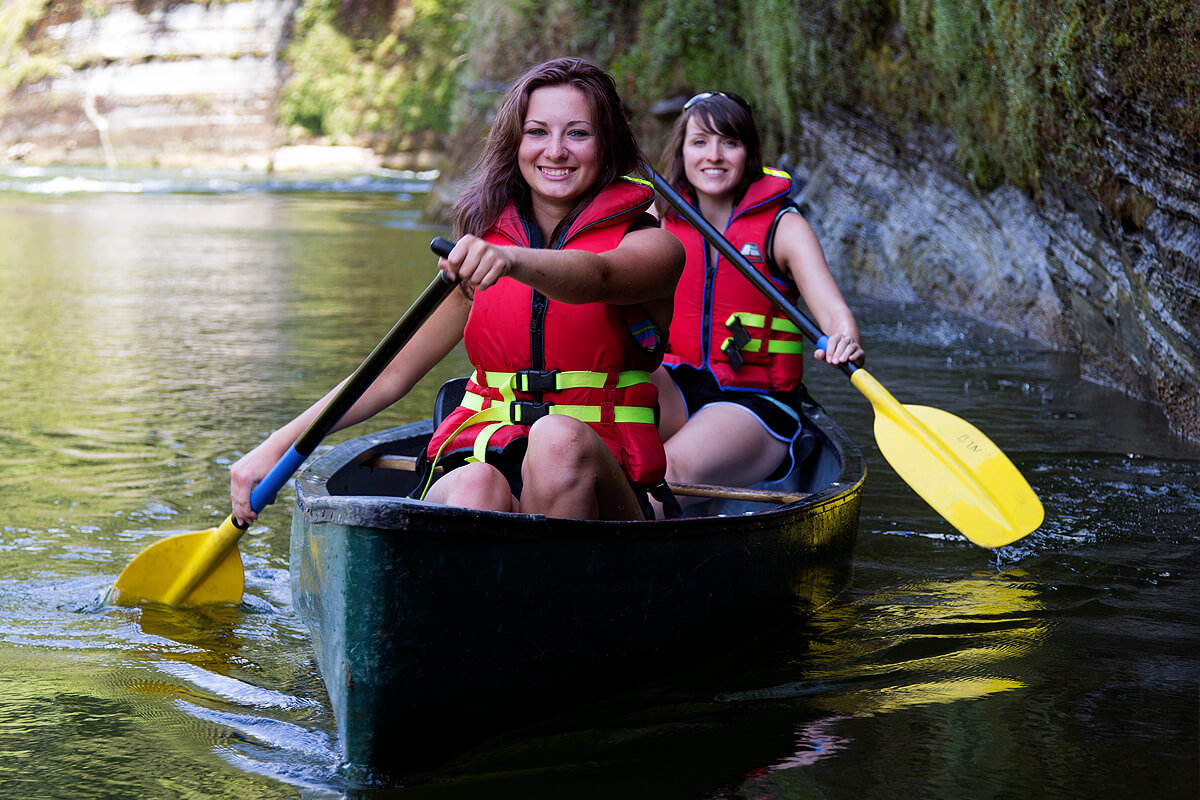 The river rises on the northern slopes of Mount Tongariro, one of the three active volcanoes of the central plateau, close to Lake Rotoaira. It flows to the north-west before turning south-west at Taumarunui. From here it runs through the rough, bush-clad hill country of the King Country before turning south-east and flowing past the small settlements of Pipiriki and Jerusalem, before reaching the coast at Whanganui. It is the country’s longest navigable river.

Māori legend explains the formation of the river in the Mount Taranaki legend. When Mount Taranaki left the central plateau for the coast, the land was split open, and the river filled the rift. According to Māori tradition, the river was first explored by Tamatea, one of the leaders of the original migration to the new land, who travelled up the river and on to Lake Taupo. Many places along the river are named in his honour.

Prior to the arrival of Europeans, the area around the Whanganui was one of the most densely inhabited in the land. Unsurprisingly, with the arrival of the colonial settlers, the area near the river’s mouth became a major trading post.

Although it was already a significant route to the interior, the major development of the river as a trade route was by Alexander Hatrick, who started the first regular steam-boat service in 1892. The service eventually ran to Taumarunui where rail and coach services connected with points north. One of Hatrick’s original boats, paddle-steamer PS Waimarie, has been restored and runs scheduled sailings in Whanganui. Another of the Hatrick boats, MV Wairua has also been restored and can be seen on the river.

During the early 20th century, the Wanganui River, as it was then called, was one of the country’s top tourist attractions, its rugged beauty and the Māori kainga (villages) which dotted the banks attracting thousands of tourists per year.

Today a visit to the Whanganui River provides a rich historical experience and an opportunity to enjoy a range of activities in an area where to some extent time has stood still.

The information above was kindly written for Omaka Lodge by Martin Fuller of BuildBusiness Internet Marketing.